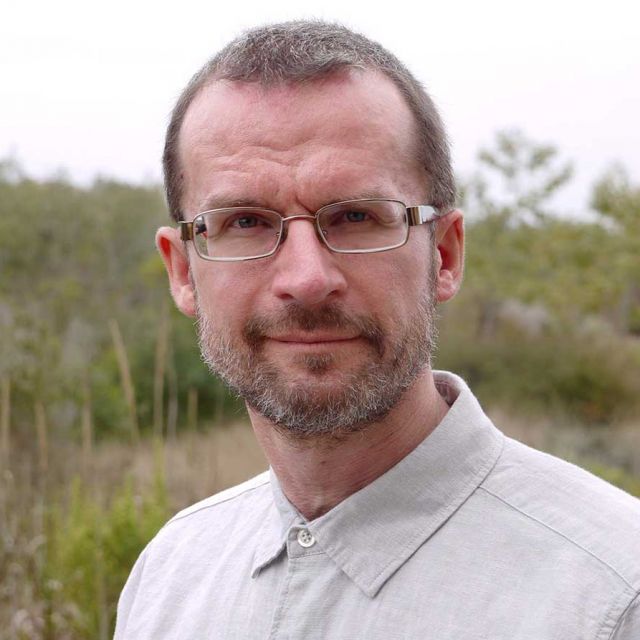 Dr. Janusonis received his B.S. in Biology from Vilnius University (Lithuania), with an additional emphasis on biophysics and computer programming. In 1994, he joined the Neuroscience & Behavior graduate program at the University of Massachusetts Amherst, where he specialized in comparative neuroanatomy (under the mentorship of Dr. Katherine Fite). After receiving his Ph.D. in 2001, Dr. Janusonis moved to the Department of Neuroscience of the Yale University School of Medicine, where he conducted his postdoctoral research in brain development (under the mentorship of Dr. Pasko Rakic). He joined the UCSB faculty in 2006. Dr. Janusonis’s research has been funded by the National Science Foundation, the National Institute of Mental Health, and the California NanoSystems Institute.

My laboratory investigates axon systems that show strong stochastic (random walk-like) behavior in the three-dimensional brain space, with a special focus on the ascending reticular activating system. As part of this program, we study the fine structure of the brain serotonergic matrix and its interactions with other cellular elements, such as microglia and blood platelets. We are motivated by problems of fundamental neuroscience, but our research also has strong biomedical relevance: for example, nearly all mental disorders have been associated with dysfunction in serotonin signaling, and the platelet hyperserotonemia of autism remains an enigma after half a century of research. We use a wide range of approaches that include molecular neurobiology, comparative neuroanatomy (from sharks to rodents to humans), complex-systems methods, and computer simulations. Our group collaborates with researchers in several engineering fields and in the mathematics of stochastic processes.